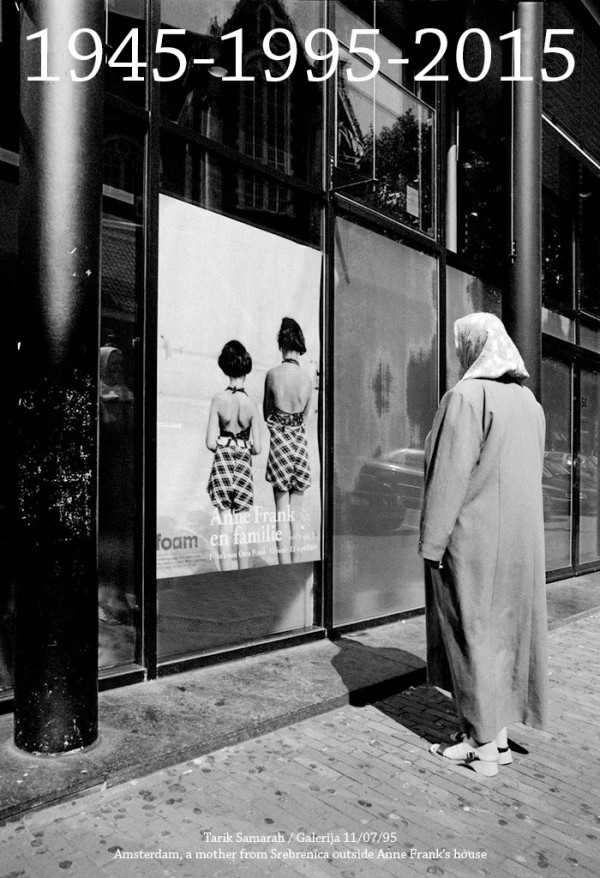 The work “1945-­1995-­2015″ will be printed in limited edition of 27 unique copies in large format. First 27 interested galleries, museums and cultural institutions will be able to buy out the work for the price which will be subsequently determined.

Systematic and mass murder of Bosnian men, women and children started after the fall of Srebrenica, a small town in the eastern part of Bosnia and Herzegovina on July 11th 1995, and it went on over the next couple of days. In less than a week over 8000 persons were murdered and their bodies buried in mass gravesides around Srebrenica. They were murdered solely because of their different ethnic identity and different name, thus becoming the victims of the crime which is often regarded as the greatest crime committed on European soil after World War II. Fifty years before the Srebrenica genocide, Auschwitz was liberated, and the senseless slaughter of over six million Jews, as well as Roma, homosexuals, invalids and all those who were considered different was brought to an end.
Additional information available via e-­mail address: [email protected]